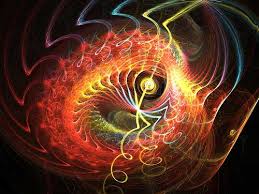 Today is World Autism Awareness Day. We need a special day, because there are so few children with autism, it could easily be missed…

Oh all right, I won’t go all sarcastic on you. Instead, I’m going to challenge you. You see, it has been my experience – all nineteen years of it, as the mother of an autistic male – that all autistic people, nay, all people with special needs, are, almost without exception, approached by professionals and others who ought to know better, in a very specific and particular way :

Firstly, by their diagnosis;
Secondly, with the assumption of intellectual / learning disability;
And thirdly, as a person.

Those who say they won’t, will. And those who think they don’t, do.

How removed we are from our instinctive understanding of each other, that we struggle to connect with another human being, mind to mind, energy to energy, before our assumptions take control of us, before we intellectualize things.

What if autism were dragged away from the psychological forum, and the child approached as if there was nothing wrong with his mind, he just had a mass of odd behaviours to negotiate? Would we think about autism differently? If we stopped assuming? Like assuming that a blind person needs to be spoken to in a louder voice, or that a deaf person doesn’t know what you’re thinking just because they can’t hear what you say?

My challenge to you is this: Wherever you are, whoever you are, if you come into contact with someone with special needs today, turn the whole thing around. Discount the notion of intellectual disability. Try to make that connection, working mind to working mind. Energy to energy.

Perhaps if I tell you a short story, you’ll truly understand what I mean…

The other day, I attended a concert at my son’s day placement. There were three different placement groups there, with a variety of diagnoses, from brain damage to genetic impairment to autism. A whole host of people with special needs.

A young woman approached me and took my hand. I remember her hands particularly, because they were tiny. Delicate cool little hands. She held onto me and asked me my name. That was her thing: to go around the room and ask people “What’s your name?”, over and over. I told her my name, enunciating carefully so she could hear it, and she repeated it after me, then left and continued around the room. I heard her as she went, “What’s your name? What’s your name?”

Five minutes later she was back in front of me, taking my hand. Again, she asked me her question.

I looked at her directly, and quietly said, “You know my name. I told you. Can you remember it?” And then I withdrew my ego from the interaction, and waited.

She went very still. Her mouth worked a bit as she stared off into the distance. After a full minute, maybe more, she breathed “Fi-o-na”.

And she beamed from ear to ear, fully aware of the magic that had just happened.

After that, she wouldn’t leave me alone! Her mother became embarrassed by her daughter’s clinging, but I was ‘in the zone’ then and didn’t mind. Comments were passed around the room. Everyone noticed my limpet with the little hands, holding on to me and dragging me around.

Sadly, she was manoeuvred away from me, and shortly after that we had to leave. It was only on the way home I realised that possibly for the first time in that young woman’s life, someone had ignored her disability, set aside the assumption of what she couldn’t do, and credited her with a working mind.

And she clung to me like a limpet, which I think may have been her way of saying Thank you.

Today, all I ask is that you to be aware, and perhaps, if you can, make that connection.

One thought on “Autism vs Intellectual Disability – a changing viewpoint”